Got a Honda helix a while back aka bigbootyjudy…
knew it was gonna be a project but at that point it was running and it was just gonna be a beater.
Rode it back and forth to work a few times. Started to backfire and then started having a hard time to start thought the carb needed cleaning.
Did that and saw a red film that I thought might have been at one time been a gasket or something cleaned it up and filled the carb with gas started right up so didn’t think anything about it. Ran it around town and then stopped for gas and it didn’t want to start at all so I opened the carb at the gas station and the carb was dry… so I filled it up and started it up and then drove it back home. So I am thinking that gasket that was there somehow was a seal to keep gas in the carb when stopped?? Idk enough about these or engines in general to really get the issue nailed down.

So took her down to a scooter mechanic that I have seen around for years thinking that he could put his expertise in it and get her at least back to a beater and I could ride it. But he gave me some really high prices that seemed to me exaggerated just to get it back out of his shop. He said it needed a rebuild on the motor and of course the usual tune up issues… belt, rollers, oil, blah blah blah. The usual Stuff I’m not worried about but the rebuild I think I might get in over my head.

So the question is part ways with her and take the loss or put in the time and money to gain some knowledge about how to rebuild a motor . 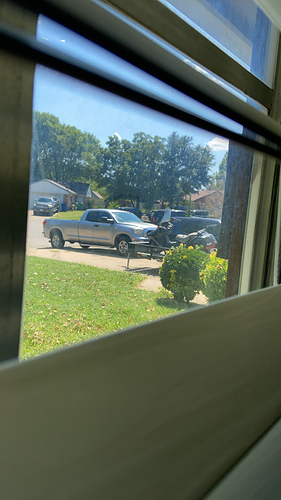 How many miles on it? Hondas are usually bullet proof unless something has really gone awry. Carb issues just don’t seem to fit that profile… maybe the guy was looking to make a buck off of you. Some issues? maybe, but an engine rebuild? From what you have said, I don’t see it. Maybe a carb refurbish and a check to make sure the fuel line is not blocked (new fuel filter perhaps) and that the fuel pump is working properly. (air filter too perhaps)

So yeah, put in some time and money and learn how to rebuild a Helix carburetor (YouTube is your friend there) and check the fuel delivery system for proper function. I’m sure that is WAY LESS expensive than an engine rebuild (which I am guessing is not even necessary) and a lot easier to figure how to work on the carb than to attempt an engine rebuild.

She should still be a keeper… just give her the love and attention she deserves.

Oh I think that guy was way off his rocker for sure just wanted my money or didn’t want to work on it at all!

There are tons of miles on it but less than what my Ruck had so I figure this bigger motor could handle more for sure?? I think it’s sitting around 19,000